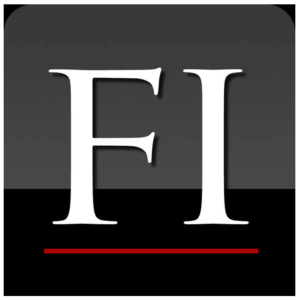 Enter Fade In, created by General Coffee Productions. This screenwriting app rakishly steps into our limelight not as a copycat, but as a would-be kingslayer to Final Draft. Take note ye humble scribes: for a chunk less than its biggest competitor, Fade In offers a strong alternative for screenwriters of all stripes. But does it stand a chance of taking Final Draft’s place as the most popular screenwriting app on the market?  Let’s dive in.

We begin with the basics. Upon opening Fade In, one is greeted with a sleek design, and the name of the software fading in on the screen, because of course it does. (Why name it Fade In if you’re not going to go for a sweet splash logo?) It’s a cooler effect than it has any right to be and this feeling of pleasant surprise doesn’t stop there.

When looking at Fade In, it may sound dramatic, but it’s fair to say that this screenwriter immediately experienced a calming sensation, due to the dark gradient background that contrasts gently with Fade In’s white writing space. Of course, if calming dark gradients aren’t your bag, Fade In’s user interface can be brightened up, or the theme changed to one of three additional presets that come standard.

Most screenwriters can attest to the destructive power of distraction on productivity. The choice to place all the screenwriter’s essential tools and presets on the right instead of a menu bar at the top (Final Draft’s default configuration, for example) is telling, as far as where Fade In has decided to plant its flag. This panel on the right of Fade In includes the list of screenplay formatting elements (SCENE HEADING/SLUG, ACTION, CHARACTER, DIALOG, TRANSITION, etc.)

At first, I was skeptical about how Fade In places these elements and buttons, as it did seem like excessive noise within my field of vision. However, as I worked with the screenwriting UI longer, I discovered I liked having all that stuff over there. It helps because my eyes didn’t have to constantly trek upwards to see what I was doing. It was a smoother writing experience for me, and prevented me from having to constantly check what sort of element I was on (action line, dialogue line, etc.). This freed me up from having to constantly re-read what I’ve already written. For me, and many other writers, that constant glance can be deadly to inspiration, flow, and/or momentum.

Moving past the basics, Fade In comes with the requisite arsenal of organizing, revising, and file-formatting tools. These tools aren’t revolutionary as Fade In doesn’t try to storm the Bastille, so to speak, but the quality of the parts make for a strong sum total.

Fade In is jammed with screenwriting tools you’d expect from full-package screenwriting software like index cards, layouts, synopsis, and notes, as well full support for production (colored pages, revisions, breakdowns, reports, etc.), but it also comes with a ton of other features, such as:

Dialogue Tuner — allows you see all of a character’s dialogue in sequence, to make sure it’s consistent. Very handy. This feature is unique to Fade In, if I’m not mistaken.

Unicode Support — for writing in languages that might not be English.

Linux version — for screenwriters who eschew both Mac and PC.

Overall, it’s a robust combination that rivals all screenwriting software on the market.

Finally, we arrive at the stuff that’s hard to put a metric to.

Unlike Final Draft, Fade In has yet to crash on me. I’ve kept it open for about a week and then, on the seventh day, I put it through its paces with opening, saving, formatting, import/export, and any other task I could think of to try to get the software to crash. It didn’t crash.

I cannot say the same for my Final Draft installation which frequently throws in the towel around page 89. Nothing disrupts a flow like losing pages of writing. While I cannot prove Fade In won’t crash eventually, I can attest that its performance so far offers more surety for my screenwriting process than anything Final Draft has to offer.

Updates are another intangible which Fade In holds the high ground in. While Final Draft’s updates are thorough, Fade In’s updates are nimble, and happen far more often. Some are essentials, others are stuff you wouldn’t miss unless you’re writing your screenplay in Japanese, but the speed and ease with which Fade In allows updates to happen gives it a slight lead over Final Draft.

Can Fade In beat Final Draft for market share?

I believe so. For three key reasons:

Final Draft asks $129 for their educational version and $249 for their standard version. Now, admittedly, Final Draft it may have a lot of great features, and may have come to dominate the market for screenwriting software, but as more and more potential screenwriters get used to the idea of paying $1.99 or $9.99 for apps in their mobile app store, those halcyon days of paying for expensive boxed software suites recede ever more into the distance.

If Final Draft is targeting the working screenwriter — the screenwriter who can afford $249 — that’s understandable. If I’m not mistaken, there are, at last estimate, some 10,000+ WGA members, and a good chunk of them are active and writing, with varying degree of activity and varying degree of compensation.  Basing your business model solely on those writers isn’t a dumb idea. It’s actually pretty smart.

But there’s a world of new screenwriters coming up — screenwriters for whom $249 isn’t anywhere near to being a possibility. And there are thousands more of them than there are currently working writers.

Couple that with the fact that content demand has expanded exponentially due to the explosion of streaming services, and you’ve got a very volatile soup of potential customers that will likely break towards lower-end prices for screenwriting software — especially if the lower-end prices come attached to high-end quality, as does Fade In.

Bottom line: It may be premature to call Fade In a kingslayer just yet — Final Draft still reigns as the mainstream choice — but with its stability, ample toolset, and its fresh design, Fade In gives both amateur and professional screenwriters a solid, fully-loaded alternative screenwriting app at a much more attractive price.

9 thoughts on “Fade In Pro Review”