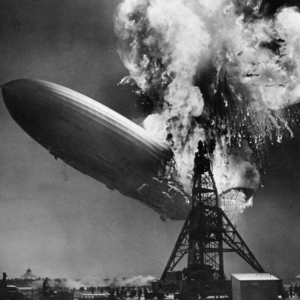 When asked what was the best way for an aspiring starlet to get into Hollywood, the legendary Bette Davis once famously replied “Take Fountain.”

Her advice remains evergreen today, only now there are also a myriad other ways for starlets and screenwriters like us to “get into Hollywood,” so speak — that is, to make it as a paid screenwriter.

But I’m not here today to talk about those multiple myriad ways a screenwriter can make it.

No sir/madam, I’m here today to talk about a small handful of ways a screenwriter can utterly fail to make it.

Call me a negative nilly, or call me a realist, or call me cab, but after many years studying the screenwriter success paradigm in the film industry, the data is slowly adding up and pointing to one conclusion, Watson:

To fail as a screenwriter takes far less effort than to succeed.

And in any case, failure is always a damn fascinating topic.  Amirite?

Gentle reader, I give you my top 5 ways to be a failed screenwriter:

Eschew the very idea of Hollywood

We get it.  You’re an outsider.  A loner, Dottie.  A rebel. You see the entire movie industry as a cesspool.

What possible use could these California dandies have in a post-apocalyptic world?  Can they hunt? No.  Can they chop firewood?  Can they grow crops?  Do they have wide birthing hips, suitable for repopulating the planet? No.

To you, they’re just fake humans; new-age detritus; backstabbing phonies who’ll steal your screenplay over lunch at the Four Seasons and give you a cheek-to-air goodbye kiss while swearing you’re The Next Big Thing™.

But, O brother, I assure you thou art wronglyish to think in such suchlies.

We’re not all phonies.  In fact, we’re mostly not phonies, but it’s those few phonies that make us all look bad.

Work on the same script forever

That script you started in 2015?  Yeah, you were much younger.  So while you might not have any idea why it’s still not working, I see it perfectly clear.

Persistence is noble, sure.  So is letting an idea incubate over years, even decades.  But to keep banging away solely on one screenplay over a long period of time, allowing other ideas to rot, or your potential cornfield of ideas to grow fallow in general, is the height of psychological dysfunction. And plus:  no more corn.

Stay up to date with all the most expensive screenwriting books

So get all your reading out of the way, return to the five books every now and then if needed, and stay focused on banging out your drafts, kemosabe.

A similar thing can be said for screenwriting seminars, script coaching, screenwriting conventions, and other educational distractions.  Far from useless, a screenwriting education that begins with books, seminars, etc. is great thing, but do recognize that what those materials are teaching is an art and a science with a finite number of permutations.  Which means you shouldn’t let yourself get caught in an infinite pile of books and seminars.

Start a film club, or join a softball team

Speaking of drafts, wanna see all your available writing time sucked out the airlock?  Set up a film club, or join a softball team, or host a writers group.

Sure, the social aspects are Grade A, as would be the case going to seminars, conventions, etc. like I mentioned above: You make new friends, those friends ostensibly help your career, etc.

But what good is a meeting at Nick Cage’s production company if you haven’t written any material, or gotten your existing material ready for consumption because you’ve been too busy grooming posts in a web forum, or picking out the right guacamole kit at Trader Joe’s?

I take that all back.  As far as I know, there’s only one type of guacamole kit at Trader Joe’s.

Be certain you know everything there is to know about screenwriting

Here’s a secret: We screenwriters have a very important job.

And that is: we take the raw stuff of life – emotion, experience, wonder – and we package it for human consumption (and sell it with overpriced popcorn.)

We take people where they can’t go.  We tell them things they don’t know.  We move them in a way they never thought was an option.  (Caveat: Unless you’re writing for Michael Bay.)

But when we cut to page 12, to the cocaine dealers with guns in San Francisco, and the scene reads with as much excitement as a, oh I don’t know, a scene about ice fishing… Well, you get the picture.  And the audience gets the short stick.

Learn, grow, experience, feel, level up your writing skillset.  These odd, fluffy verbs, believe it or not, are at the core of fending off failure.

2 thoughts on “How to fail as a screenwriter”