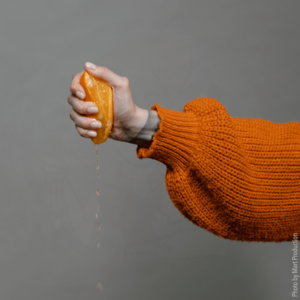 Writing a brief synopsis for a screenplay is the act of distilling the script’s story down to its essence while maintaining absolute brevity.

You may recall that Polonius told his king, amongst other things, that brevity is the soul of wit. What he failed to include, perhaps due to his self-imposed brevity, was that brevity is also a craft that takes years to master.

Studio executives and other Hollywood power players don’t have said time to read the script that Producer X just sent in with an offer for Anna Paquin. Likely because Ms. Paquin has 15 such offers piled on her agent’s desk. If they were to read, themselves, all 15 of those scripts, it would take an entire week.

And if that’s the case, where would they find time to meet with, say, Edward James Olmos’ agent about a new, lucrative Netflix series. Or to jam over to Universal to make a personal plea for their writer on the hot new superhero series for the WB?

But a script coverage synopsis isn’t used to only save people time. A producer might have a hot new script that he wants to greenlight, but has doubts about its third act. A third-party script coverage synopsis could help him pinpoint the mechanics that aren’t quite falling into place. Or, what he reads in the synopsis might tell him the script isn’t so hot after all.

Synopses are also handy when a writer or producer wants to know if their own script is being understood properly by an objective third party. When a reader synopsizes a script while doing script coverage, she’s in essence the writer’s first audience. And that script feedback can be a hugely valuable tool for any writer.

Not to mention, synopses in script coverage also have been used in sales and marketing materials, sometimes with a lot of editing, sometimes word for word.

But no matter who you’re writing script coverage synopsis for, or how they’re going to use it, there are several key things to keep in mind when doing it if you want to master the craft of the screenplay synopsis.

Remember what Polonius said about brevity? (see five seconds ago, top of this blog post) A synopsis isn’t a synopsis if it’s wall-to-wall verbiage. Stick to the essential words – the words that convey the most clarity and meaning.

Adjectives, adverbs, etc. don’t belong in a synopsis unless absolutely necessary to convey your point.

SGT. DANGLE – a badass – leads his troops onto the beach.

Not sure how to begin sparsing it up? Hemingway is a great tool you can use to whittle away at the adverbs and adjectives. Type in some text, or copy and paste, and Hemingway color codes your text, telling you which words are too fluffy, or too passive. (Unfortunately, as of this article’s release, it remains unable to write the Great American Novel™ for you.)

Keep fluff out of your synopsis

That being said, the primary goal of any writing is to communicate. If you compress so much that you lose the reader, the goal has not been achieved. When excising words, be sure not to excise clarity. At the same time, avoid fluff.

What’s fluff? Anything that strays from the stripped down, pure essence of the thought you’re trying to convey. Anything that attempts, or even appears to attempt, to “pad” the word count of a synopsis.

Detail when it’s not needed, elaboration when the point has already been made, clever asides or description, stylistic flourishes without purpose – such as George Michael’s neatly-groomed stubble beard – all of these must be avoided, unless you’re George Michael.

Don’t express your opinion in the synopsis

Experienced script analysts know that there’s an entire section for opinion in any given script coverage. That section is the COMMENTS section. The SYNOPSIS is not the place for opinion. Period.

Sgt. Turgid then goes to the farm and finds Private Dangle there, torturing the German prisoner (duh. Big surprise.)

When Sgt. Turgid finally explodes, the script takes a pretty dumb turn and has Private Dangle turn into the bad guy for some idiotic reason.

Break up long blocks of text in your synopsis

Big, long, thick blocks of text might be great for androids to read and parse all in one big chunk, but humans prefer a little more nuance.

Break up long paragraphs, yes. But try your best to break on emotional beats, or big moments, and/or, if it’s clear where they occur, even Act Breaks.

If it’s hard to read because it’s all one big long paragraph or two, said goal above (communication) is likely not being achieved.

Use all caps for character intros and nothing else

Like in a screenplay, ALL CAPS on character introductions, but don’t keep doing it. When we read the character’s name for the first time is the only time we need to have it in caps. Otherwise, the page fills up with ALL CAPS WORDS, in the name of emphasis, but due to the sheer amount of EMPHASIZED WORDS, ironically nothing gets emphasized.

Know who you’re writing the synopsis for

Are you writing it for your producing partner to present to a sales agent? Does the sales agent want 1 page, or does she want 1 paragraph? “Synopsis” can mean a lot of different things to a lot of different people. Make sure you know what length they’re after and what beats they want included (i.e. how much “granularity” and/or detail they want included).

If they tell you to go against any of these rules, you look them in the eye and tell them to go straight to hell.

Or not. Keeping your job is good too, so tweak these rules to taste.

Know what’s okay to omit from the synopsis

Sensing when a party’s reached its nadir, or when a tv show has jumped the shark, or when a joke just isn’t funny anymore – all of these come from the same essential human, and some might say, sixth, sense: TELESKIPATHY.

Teleskipathy is basically the innate sense of when and what to skip.

That is, when to get the hell out of things, or to avoid them altogether.  And the good news? It’s super applicable to writing synopses.

For example.  If the platoon storms Omaha Beach and takes out a German pillbox, here’s what to write in the synopsis, if you tune in to your teleskipathic brain:

The platoon storms Omaha Beach and takes out a German pillbox.

Here’s what not to write in the synopsis, i.e. if you’re not teleskipathic:

Unless, of course, that second example describes everything that takes place in the third act.

What are the essentials that your reader needs to know? If you need to convey that there’s a lot of action and gunfire, say it like this:

The platoon storms Omaha Beach under heavy fire. They fight tooth and nail to take out a German pillbox.

Above all, a synopsis for script coverage must be clear at all times, even if the script isn’t

Remember: the person reading your script coverage synopsis hasn’t read the script. They’re not as familiar with it as you are. So feel free to leave “breadcrumbs” whenever you feel the reader might get lost or confused, either spatially or chronologically.

And don’t be shy about using parentheses or similar devices to convey clarity, like so:

Meanwhile, the rest of the platoon (still pinned down on the beach) has no idea that Sgt. Turgid has taken a small squad to the farm.

But wait. Aren’t these “breadcrumbs” you’re leaving tantamount to “leading the witness,” which you told me not to do just a few paragraphs ago. If done without opinion or other bias, no. Keep your breadcrumbs as plain as possible – no sugar, no spices – and you’ll be fine.

In closing, I’d like to synopsize this entire article:

Be clear. Don’t be cute. Communicate.

2 thoughts on “How to write a synopsis for script coverage”