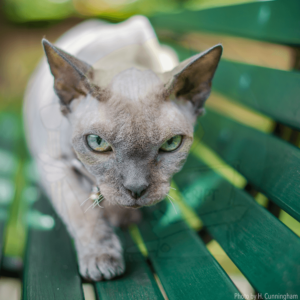 Is the villain in your screenplay reaching his or her fullest, most extraordinary villain self?

Or is your villain limited by mundane, mealy-mouthed tropes or other half-baked screenwriting mistakes?

It’s time to take charge of your villains, screenwriters! I’m here to help you unlock your villains’ potential, and unleash your villainous power. Because villains are special and the world deserves good ones.

In every story there is a villain. Without a villain, there’s nothing for the heroes to overcome. Watching our protagonists spend an ordinary day of their lives might be compelling in the hands of a great screenwriter or director, but even in the most understated of films, there’s always a villain. Sure, sometimes they come in the form of a ticking clock, Mother Nature, or bad luck, but they’re still villains. You can run, you can hide, but if you want to tell a great story, you need a great villain.

And that’s where your screenplay’s villain comes in.

Remember: No great thing — and certainly no interesting movie or tv show — has ever been achieved without tremendous struggle.

To provide such a struggle for the heroes in our stories, your screenwriter must create a compatible antagonist.  Namely, you. And that requires finesse. Because your villain deserves depth and finesse.

Write a better villain by giving your villain stronger motivation

Protagonists and heroes often have lofty motivations for their deeds of valor. Saving kingdoms, stopping world destruction, and investigating presidential obstructions of justice are all standard fare in a hero’s work. Bo-ring. Am I right?

But here’s some harsh truth. Heroes and villains have something in common.  They both have motivations.  Personal motivations are commonly the root for antagonist characters to justify their terrifying plans or horrible goals. Instead of saving the village, they want to burn it.

But why do they want to burn it?  Except for those who are born sociopaths, most of villains don’t start off wanting to hurt people. That’s a skill that has to be learned.  So why shouldn’t villains, as antagonist characters, wrestle with the same moral questions? Coming up with a good motivation for a villain’s evil schemes is essential to making all but the cartooniest of villains plausible for the audience.

And if villains ain’t plausible, they’re most certainly not extraordinary.

For example, in Disney’s Aladdin, the vizier Jafar wants to stop Aladdin so he can take over the kingdom instead. We understand his motivation because who wouldn’t want to be the Sultan and kick it with Jasmine? She’s got a pet tiger so clearly she knows how to party.

Marvel’s Black Panther received critical acclaim in part because of the motivation of its awesome villain. When faced with the oppression seen around the world, it’s easy to understand the villain’s urge in that film to take action, even violent action, if it means fighting against perceived injustice.

Returning to a movie mentioned in a previous post, perhaps the simplest and maybe greatest motivation for a villain is the great white shark in Jaws. Not much exposition needed there. Everybody knows a shark gotta eat, yo.

Write a better villain by having her greatly impact the story

The amount of struggle the protagonists’ must exert to reach their goals is usually in direct proportion to the effectiveness of the antagonist. The strength of a villain is only as good as her ability to stop the heroes in their tracks.

Okay, maybe that’s oversimplifying it a bit. In practice, as an antagonist, or as an antagonistic force, a villain must be enough of an obstacle to push the heroes to their limit but not so difficult that they are impossible for the heroes to overcome. The magnitude of the villain’s power is where skillful finessing really helps.

The Death Star from Star Wars makes the villain of that story, Darth Vader, into one heck of an effective killing machine. When you can blow up a planet, resistance feels hopeless. And yet, the battle station has a weakness! Without the defect in the design, the Rebel Alliance would have no hope of destroying the Death Star and achieving their heroic goal.

The Lord of the Rings trilogy features an all-powerful magic eye as the main villain. Using his wicked power, our boy Sauron searches the land of Middle-Earth for his ring of power, which happens to be in the possession of that mealy-mouthed little do-gooder, Frodo. While Sauron’s forces are legion, they don’t know the location of the ring and this unknown gives Frodo and his little band companions a fighting chance.

Keep in mind: not every villain has to be sentient to be effective. The iceberg in Titanic, for example. (Full disclosure: the iceberg and I have the same agent.) The iceberg has no motivation to drown all those people aboard that doomed ship, but the effectiveness of its sharp ice against the ship’s fully-deserving metal hull makes the floating hulk a compelling, antagonistic force of nature via the danger it represents.

Write a better villain by giving him memorable style

With good motivation and clever application of power, villain characters can function competently in any given script. However, a great villain must do all of these things with a personal style that elevates them above the mundane.

A screenwriter, ideally, will create a villain with the same kind of gravitas that the dewy-eyed protagonists of the movie receive. This isn’t necessarily a call to make all bad guys as bombastic, weird, or creepy as possible — again finesse is paramount — but to treat them the way they treat the good guys in the script.

Why? Because — say it with me — villains are people too.

The Christmas classic Diehard gave us one of our greatest contemporaries— one of our most cherished peers — the villain extraordinaire, Hans Gruber. Hans’ motivation is greed. And his impact is definitely impressive, but it’s his style that sets him apart. His dogged relentlessness, his deadpan delivery — these are the things that transform Hans from a mere functional villain to a legendary one.

In the cult hit Mean Girls, Regina George set the standard for teenage queen bee not only with her burn book and sycophantic followers, but by hiding her inner pettiness under a veneer of niceness. The moments where the real Regina slips out from under the mask create moments of tension that stick with the audience long after they leave the theater.

Screenwriters who create villains often make the mistake of taking the task too lightly. They don’t think about the story from the villain’s perspective, but they should.

It takes practice to write an extraordinary villain, so don’t worry if you don’t nail this all on the first try.