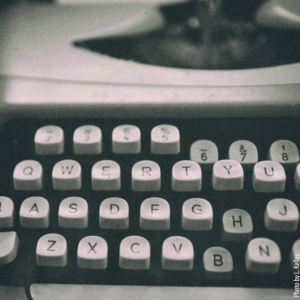 “Is script coverage necessary?” I’ve been asked this question hundreds of times in my 25+ year career as a script reader and script consultant. When I first started out, as an intern at a talent and literary agency, and was asked to read scripts and write coverage, I even asked the question myself. And the answer has always been: yes and no.

But to sum it up, a script coverage distills a screenplay down to its brief essentials, allowing a studio executive or agent, or anyone else staring down a pile of script submissions, to read the basics of a submitted script without having to read the entire thing.

So if we’re talking about the necessity of saving producers and agents time by giving them a brief “book report” of each script in a massive pile of submitted scripts, then yes, script coverage is necessary, if you’re asking one of those producers or agents.

If you’re asking a panel of judges at a script contest or screenwriting festival whether or not script coverage is necessary, they’d likely say the same thing: yes.

In other words, there needs to be some sort of reasonable way of “filtering out” scripts that that script contest or script festival feels aren’t a right fit for their festival, or worthy of climbing up the contest’s finalist ladder.

“Let’s see how the coverage comes back”

But if you’re asking a screenwriter, the answer could be a bit different. Established screenwriters submitting scripts to an agency or studio are often curious about “how the coverage comes back.”

Not every submitted script from an established writer gets sent to a studio reader for coverage, but some do, and I can guarantee that most writers want to read the coverage, even if they ultimately don’t agree with the critique of the script reader.

That said, many name screenwriters wouldn’t disagree with the necessity of script coverage as a vital part of script development, and a vital time-saving tool for studios and agents.

On the other hand, not every aspiring screenwriter sees coverage the same as established writers do. Most, including myself and my team, see coverage, geared towards aspiring writers or journeymen writers, as an option, not a necessity.

In fact, my company Screenplay Readers emphasizes continually that the tv and screenplay coverage we provide is in no way required by any writer, ever. We stress that feedback comes in many free forms: peers, writers groups, workshopping, etc. and that paid script coverage, which is what we offer, should only serve as an option if you don’t have access to those free methods.

But the notes and coverage we offer, at its core, still shares the same mission as all script coverage: saving time. For the journeyman screenwriter, who may not have access to a vibrant community of fellow writers, either online or in three dimensions, or who may not have peers in the film making industry, receiving script coverage as feedback on their script can be a hugely smart, time-saving step.

The suggestions and tweaks a writer can glean from a coverage, whether it comes from a paid service like Screenplay Readers, or from an internal reader at an agency or studio, can be incredibly valuable not only to the script (whether it’s the first draft or your second draft or your 34th) but to the writer’s overall screenwriting craft. Not to mention, paid script coverage offers the writer an idea of what kind of reaction their script would receive from one of those internal readers at said agencies or studios, so it serves as a sort of “dry run” for the script submission process, which can be a massively valuable time saver for not just journeymen/new screenwriters but established writers.

But is coverage necessary? As I said at the beginning of my career, and again when we started Screenplay Readers in 1999, and as I continue to say now: no.

Screenplay coverage can be a learning tool, a gauge of industry interest, an insight into the mind of a particular agent or producer, or it can simply provide you with a perspective on your draft that you haven’t thought of, inspiring you to run back to your laptop and start making changes to dialogue based on an insightful note from a script reader. But it’s far from necessary, and always will be. Use it to your advantage, however you go about it, whether you pay for it or receive it from internal script readers at studios or agencies.