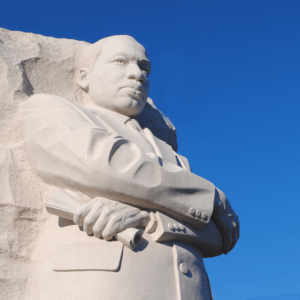 Racist screenwriter isn’t an archetype you see a lot of in Hollywood. But racism in screenwriting is all too common.

It’s true that the film industry is taking significant steps towards diversity, and that we can discuss how big those steps are, or how late they are, or whether or not those steps will take us as far as our industry needs to be. But we can’t deny it: voices of color and diversity in screenwriting and filmmaking are at least starting to be heard more than they used to be.

Being the owner of a script reading company, as you could imagine, a lot of screenplays cross my desk. Sure, I don’t read every last one of them, but I’ve read my share, and from where I sit, it’s clear that racism in screenwriting here in the age of HD and color tv is a lot different than it was in the era of black and white.

In the black and white era, it was blatant.

In our era, it’s not always easy to spot.

If you’ll permit me, I’d like to share with you my take on what a lot writers are doing wrong, as well as what you can do to make sure you’re not part of the problem.

It’s anecdotally true: as egotistical screenwriters, we like to think we’re writing for the great, vast future. (After all, if we didn’t want to become immortal, why did we become screenwriters?) But the hard reality?  The primary audience we’re writing for is comprised of the human beings in this era.  Our era.

But to write for this era—whether we’re writing light comedies, thrillers, or animated family fare—we really need to know our audience’s place in history. Our era—this era, right now—has many hard truths, and one of those hard truths is that we’re still in the throes of a historical upheaval when it comes to race relations, especially in the United States.

But even outside of the U.S., cultures are blending like never before in human history, making race one of the most dominant variables—and one of the biggest sources of conflict—in today’s era. So if we’re going to understand that variable, and write for this era’s audience in a honest way, we as screenwriters must understand the last 500 or so years of history when it comes to race.

Columbus. The French-Indian War.  Colonialism. The Transatlantic Slave Trade. The Iroquois. The Cherokee. A thousand other native cultures. Andrew Jackson and the wholesale depopulation of “indian country.”  Plantations. Slavery. Reconstruction. Jim Crow. The list goes on.  Dive into whatever historical moment you like, read whatever texts help you get your head around it all, but most importantly, understand what racism means.

In short, just because it’s not a burning cross, or a genocide, or a holocaust, doesn’t mean it’s not racism.

While all those things are evil, and surely racist, arguably the more potent form that racism takes is the one we can’t always see, or define as clearly. And that’s the institutionally sanctioned set of norms, traditions, laws, and behaviors, established and promulgated by a majority ethnic group, which serve, both quietly and unquietly, both physically and psychologically, to intimidate, dehumanize, and subjugate a minority ethnic group.

In America, our signature brand of racism has been perpetrated throughout our history by a not-small portion of the white, Anglo-Saxon, Protestant population, at the expense of nearly all other ethnic and religious groups. And even when it’s combated successfully, and perhaps mitigated within significant venues within our society, racism’s residue remains toxic, and extremely flammable.

Yet we’ve had writers sending us screenplays who don’t quite get that. In most cases, their scripts are loaded with quiet, subtle moments, rather than overt bigotry (although we’ve had those too)—moments that add up to a statement, or even just a vibe, which helps perpetuate stereotypes, or helps, however unwittingly, reinforce a narrative that may be grossly inaccurate and harmful.

In some instances, we’ve been able to point these out constructively to the writer. Many writers appreciate the notes. Some writers, however, don’t take such criticism too well. They’re happy to accuse us of trying to be “PC.” Or, they lambaste us for being “ignorant” to the “fact” that “racism is over,” pointing to the Cosby Show, or Barack Obama.

Only if you understand what racism actually is, can you avoid being a racist screenwriter, or avoid racist screenwriting. If you limit your definition of it to cross burning and brownshirts and goose-stepping Nazis, and fail to recognize it as a social and political force, and how enmeshed it is in our society—from policing and judicial inequities,  to economic advantages and disadvantages—don’t be surprised if you’re called out on it, or if a producer doesn’t call you back.

# 2 Don’t whitewash history in order to serve your story

Many, many of the scripts that have come through my company get history right. And then some get it wrong. But the worst are the ones where they get it half-right, and the other half is filled up with what can only be described as self-serving pseudo-history.

Were it a comedy, it might’ve played (if awkwardly with much tone deafness) but it would still be casually racist, and I’d still be right in calling it whitewashing. When our reader made mention of how poorly and clumsily the writer treated the two Mexican soldiers, instead of taking the note to heart and seeing what he could do to fix things, the writer sent in a long, rambling complaint email and we haven’t heard from him since.

Another recent example was a drama/thriller set against the backdrop of the 1960s civil rights movement, where a white girl was abducted by a black serial killer, and a backwoods sheriff had to save her. The sheriff was a noble man who hated racism and racists, and found himself without friends in his community, but the writer still treated blacks as one-note characters, stepping and fetching, while the other whites, even the villains, were rendered with far more complexity.

Zooming back from the pages, one could tell the writer wasn’t trying to paint blacks as inferior; I’m sure he just honestly wanted to tell a good story. The net result, however, is all that matters. His blacks were cardboard cutouts. His whites had three dimensions.

That’s casual racism. I’m 99% sure it was unwitting on the part of the writer, but that’s what I mean by “casual” — it doesn’t have to burn aforementioned cross on your lawn to be racist, it just has to reinforce those norms or perceptions that allow racism to continue to be normalized.

For a more popular example, we need look no further than: D.W. Griffith’s Birth of A Nation (1915) – a blatant, bombastic act of unabashed cinematic racism, rendering heroes out of the KKK, and villains out of freed slaves.

In contrast, Nate Parker’s Birth of a Nation (2016) wasn’t a perfect film, but it didn’t shy from the realities or the horrors of slavery, and it shone its light powerfully.

The two films, together, create a perfect dual example of how a filmmaker can approach the truth of a historical era. One film, the 1915 film, fails that truth, utterly, despite its technical and artistic achievements, and the other film shines an honest light on the horror.

One whitewashes. The other goes to great lengths to tell uncomfortable truths.

It’s all too easy for us white writers to drop in a token black friend character, or make the villain “Asian,” and then dust off our hands and go home feeling like we’ve contributed to combating racism.

What’s harder is to recognize that white people have had over 100 years of playing the lead role cinema history.

It’s inescapable: with relatively few exceptions, we whites have been the stars of nearly every single famous classic film, bringing to life the biggest parts, wearing the grandest costumes, and speaking the funniest and most dramatic and famous lines.

How many outstanding African-American actors could’ve run circles around Humphrey Bogart, if allowed the opportunity?

All of these questions are hopelessly illustrative and rhetorical, because history is what it is, and the 20th century was what it was.

But what if the 21st century doesn’t have to be that way?

For example, in this, the 21st century, maybe instead of always writing our character introductions like this…

In other words, too many scripts make the assumption that the characters are White unless specified otherwise. And as silly as it might sound, that’s a form of subtle racism.

At the same time, casting directors like specifics. But they also want to provide the filmmakers with the best possible cast member for each role. So if you tie their hands with “White,” or with thoughtless, tokeny character descriptions like:

… you’re not only offending Asian-Americans with the word “typical” (i.e. What is a typical Asian-American dude?), you’re doing a huge disservice to that casting director’s creativity.

Take heart. If the Black experience, or the Mexican experience, or any other non-White experience is beyond your ken and imagination, and you don’t feel you can tell that story well, don’t beat yourself up. No reasonable person, Black, White, or Brown, is going to crucify you for being not telling any specific story. But if you decide to tell a story with or about people not of your own ethnicity, be mindful and respectful when crafting your characters and your situations.

If you’re an artist, you’re either serving yourself or you’re serving an audience.  So if you want to serve an audience, wrap your brain around this:

Just one example: under SAG’s Diversity-In-Casting Incentive, if your film meets certain criteria (e.g. 50% of the total speaking roles and 50% of the total days of employment are performers from certain groups, such as women, people of color, and people older than 60), your film can actually save money.

Specifically, your Modified Low Budget film, ordinarily subject to a $700,000 budget cap to qualify for the agreement, is boosted up to $1,050,000.  For Low Budget, it rises from $2.5M to $3.75M. That is, you can spend more on your film while keeping the cast rates at a lower contract level if your cast meets SAG’s diversity requirements.

Producers know this. They’re looking for scripts with diverse casting opportunities, just as they’re looking for tax incentives and other savings. It’s good business. Which means having a diverse screenplay could make the difference between your spec sitting on a shelf or getting made.

As Americans, racism is stitched uniquely into our history, and, sadly and inescapably, those bitter stitches continue to have an impact on our lives, and, yes, much of our screenwriting and tv writing, whether we know it or not. But if you’re aware of how deep they’re sewn into our societal fabric, and into many of the people around you, you can be part of the solution, because it’s going to take all of us working together to pull them out.