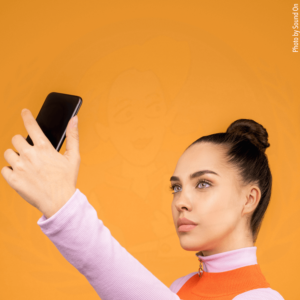 Or are they thinking mostly about themselves? A healthy ego is a good, but if you’re writing a screenplay that’s going to be the blueprint of a massive collaborative effort, a little bit of ego balance may be in order.

Ego can be a wonderful thing. Amirite? It empowers us to step up to the plate as screenwriters, when the rest of the world tells us: “Screenwriting is impossible. You’ll never make it.” Ego is vital to success as an artist, as it’s often the only fuel you have left after countless rejections.

Perhaps it’s the human brain’s evolutionary mechanism for compensating for failure. “Dear self, you’ve spent 20 years trying to be a screenwriter, and have gotten nowhere.  But as a consolation prize, you get to say you’ve done it all, and learned everything there is to learn, and walk around with a big, fat, swollen head.”

First off, let’s differentiate between (A) a screenwriter with a big ego who has overwhelmingly positive traits that make that big ego manageable / tolerable by others, and (B) a screenwriter with a big ego whose positive traits don’t quite compensate for how much of a self-centered, self-righteous toolbox he is. That second type of ego is what I’ll call “the self-inhibiting ego,” as I feel it inhibits the screenwriter’s growth as an artist and human being.

Oddly enough, screenwriters with big, self-inhibiting egos that I’ve met are usually screenwriters who I’ve found to harbor a lot of negativity and anxiety. They’re extremely critical of other peoples’ work, but seldom, if ever, look inward and direct that critical eye onto their own work.

That negativity and anxiety can come from many places: dysfunctional socialization in general, mommy/daddy issues,  misplaced emotion from relationship failures or career failures (read my article on why most screenwriters fail here), and/or a litany of other human foibles. Who knows? The point is, the rest of us have to deal with it.

One quick tool to tweak your writer ego for the better

But I’ve found that that first step isn’t so tough, if you can approach it with practical, real-world tools.  And one such quick, easy-to-remember tool I’d like to recommend is simply catching yourself being negative. Whenever it happens. Wherever it happens. And then swapping the negativity for positivity.

You’re in the car with a friend, chatting about another friend’s movie, and the chatting turns to grousing: Catch yourself. Shift back to positive or at least neutral things to say.

You’re at a party and someone asks about the jerk director on your last film:  Avoid the temptation to sling mud. Stay upbeat, even if you have to fake it at first.

Silly, right? I know it sounds so, but you’d be surprised how much this simple thing has changed my life, changed my screenwriting.

Because I got in the habit of identifying my negativity, and quashing it whenever feasible (I’m not suggesting you become a Pollyanna), I gradually became a less negative person. With less negativity came far less anxiety.  And with less of both, I found I was more receptive to criticism of my work.

The ultimate goal: getting “medieval” on your own writing

In brief: if you’re under the illusion that you’re some big-wig hotshot know-it-all whose screenwriting sh*t doesn’t stink, the truth is, you’re probably not all that good. And in fact, you’re probably annoying to be around.

My vote: put down your fat head and get out of your own way.

Remember Pulp Fiction?  (Of course you do. Me and my stupid questions.) Master your ego to the point where it doesn’t hurt you to get medieval on your screenplay, like Marcellus Wallace did on Zeke in that pawn shop scene in Pulp Fiction.  I mean really tear it a new one, or let others do the same without fear of retribution, anger, or even sass.

The goal of mastering your screenwriting ego isn’t just some airy-fairy state of mind. The goal is you getting out of your own way. It’s you finally being able to see what others see in your screenwriting that may not be working, and to open up to let others tell you the same.

It’s you being brutal. Being your most difficult, hard-headed, irritating, inflammatory critic on his worst day ever, and holding your screenplay with toxic tongs. Remember that you are important, but that when you’re making a film, a lot of other people are important too. Not the least of which is the audience and the crew putting in the hard work to make your screenplay come to life.