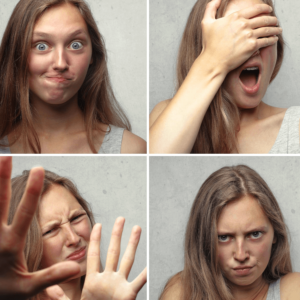 I’ve worked with all types of screenwriters here at Screenplay Readers, good, bad, friendly, evil —you name it.  And having written, directed and produced five feature films, I’ve had the fortune of being exposed to (or inoculated by, you might say) an even wider variety of the species known as screenwriterus domesticus.

So, since the moviemaking world has been clamoring for some sort of taxonomy/classification system for all the different species of screenwriters, I thought I would take it upon myself to do the hard, very real science which is, of course, very extremely real and authentic and not something I just made up. Not at all.

Collaborator screenwriters can be primarily identified by their “dens,” where they reside and/or write their scripts.  These places tend to be constantly in a state of mess and/or unkemptitude due to the fact that the Collaborator is hardly ever at home.

Rather, he’s out meeting for coffee with his co-writer, and brainstorming major beats and plot points with another of his kind.

The Collaborator is rarely found working alone on his own scripts, as he finds that working with another writer in the room is the only way he can get motivated to put ink to paper.

His strong suit is his ability to bounce ideas back and forth, and his ability to “kill his darlings” with great alacrity.  That is, he rarely holds anything in his screenplay too sacrosanct to change, so can often be a great person to work with.

The Tweaker screenwriter is one who thrives on chaos.  You can usually spot a Tweaker in the wild by her flailing arms and wide eyes, frantically typing, deleting, and retyping her scenes for no apparent reason.

Ah, but there is a reason. Long-term studies of this species has revealed that the Tweaker is just changing things in her script at random for one of two major reasons:

A) She’s not confident enough in her ideas to commit to paper with finality,

B) She simply has too many good ideas rushing out of her brain at any given moment, and feels compelled to pack them all into her script at once.  SQUIRREL!

Similar to the Collaborator, the Tweaker is all too happy to kill her darlings and try new things.  This can be a great species to work with, but it can often lead to headaches, as the Tweaker has been known to hurl her babies out with the bathwater.

“A film is never finished.  It’s just abandoned. Or something.” – George Lucas

The Perfectionist can never leave well enough the hell alone. Similar to the Tweaker, he’s always trying new things, but in general, those things are almost always insignificant to the screenplay or the film as a whole, and can even be danger to himself and his screenplay if he takes his perfectionism too far.

Rather than spend a week getting the script in front of a writers group or getting it out to agents, the Perfectionist would prefer to sit in his office, paralyzed with fear that his screenplay is not good enough, and needs far more work than it actually needs.

The Perfectionist screenwriter is a species that tends to be more of a “thinking” species than a “doing” species.  They are mutants, in other words.

The Volcano is a screenwriter species that lies dormant for most of the year, then suddenly EXPLODES and spends a month writing an amazing amount of material; good or otherwise.

You can spot a Volcano in the Hollywood environment by its peculiar ABSENCE for most of the year.  That’s because The Volcano is off working on side projects, such as a day job, or a business, or a band.

The strongest natural asset of a Volcano screenwriter is her ability to burn the midnight oil for long stretches at a time: weeks, or even a few months, nonstop.   Her weakest asset is that she’s “out of the loop” for many months out of the year, and can be hard to “re-ignite” once she’s back in the game.

Finally, the Auteur screenwriter. The Auteur spends most of her days storyboarding her screenplay.  She’ll spend two weeks writing it, and nine months storyboarding it, or creating high-tech video animatics. Shot by shot, this screenwriter has her film planned down to the tee — every camera movement, every special effects shot.

More often than not, the Auteur couples with a non-Auteur variety of screenwriter and is able to bring more flesh and textual /structural craftsmanship to her screenplay, but it should be noted that there are those rare mutants of Auteur who are able to write amazing scripts by themselves while managing also to crazy with their visuals, animatics, and storyboards.  That being said, there are also Yetis.

I hope you have found this as useful as a scientific document and that it furthers your understanding of the screenwriting arts. Or that you were at least able to waste a few moments you could’ve spent writing.

Now the question becomes… which one of these is you?

The answer for me is: all of them.