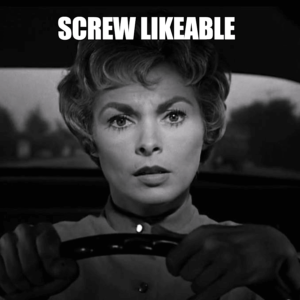 And stupid script notes can come from anywhere, because even with the best of intentions, our friends, our screenwriters’ groups, our script coverage companies of choice —  they don’t always deliver the kind of detail, insight, and expertise we’d like. In other words, there’s folks who know how to give script notes, and folks who don’t.

Take just a quick glance at each, and your reaction might be “Well, wait. That’s actually a good script note, or even a sacrosanct screenwriting axiom.”  But with all things, the devil be in the details, matey.

This is a favorite of the Three-Act-Fundamentalists who equate a script’s worth with how well it sticks to the Three-Act Structure and all its attendant hills, valleys, and act breaks. True, it’s good to have some sort of beat early on that propels the film forward, and compels us to keep reading, but beware the script note that says that a specific event is required, or that such an event has to take place by a specific page number.

As any great screenwriter will tell you, the three-act-structure is an important learning tool, but it’s not the only way to write films.  What’s important is that your script draw in the reader.  It doesn’t matter if that takes place with an inciting incident, or a slow reveal of character through dialogue, or a change of scenery.  Or a sock puppet singing Purple Rain.

Stupid script note: “I Didn’t Like The Main Character”

If your reader tells you they didn’t like the main character because he didn’t pet a dog or save a cat or demonstrate in some other way that he’s a good, “likeable” person by page such-and-such, and then just leaves it at that, chances are, that person who read your script is having difficulty squaring their own moral or cultural compass with that of your character.

Amateur script analysts often confuse “likeability” of a character with the character’s moral alignment.  “He’s your protagonist?  Oh well, he has to be a good-hearted guy, and we have to see that by page x.”

But what about Janet Leigh’s character in Psycho?  Did we like her because of her goodness?  Probably not, because in the first few minutes of the film, she steals a bunch of money.

No, we liked her because she was interesting.  She was fun to watch.  We were curious as to how/if she’d get away with it. Interesting is likeable.

Sitcoms and series use B-story.  (HBO’s Game of Thrones has 40 interesting characters to watch, so it could be said that that show has a B-through-Y story.)  But generally, feature film scripts don’t require layers-upon-layers of subplots, or even a single subplot.  If the story finds itself in a place where things aren’t clear because we haven’t unfolded a subplot with a certain character, then maybe we need to add a subplot.

But it’s a huge red flag if someone reading your script insists it needs one.  Many movies do fine with a single plot, with many characters in service of that plot, without having to lay down a secondary or tertiary layer of storyline.

Stupid script note: “There’s No Twist At The End”

Otherwise known as “I see dead people, and they used to have jobs as script analysts.”  If your script notes come back with this Deusy, your reader is probably a neophyte who read somewhere that “Big Hollywood Studios™ love twists, or shocker endings.™”

True, keeping your audience on their toes with plot twists and turns is a good thing.  But to arbitrarily insist that a script have a twist ending, just for the sake of having a twist ending?  Go ahead and do it!  Because it’s awesome and I recommend it!  (See what I did there?  I gave you a twist ending to the point I was making).

Stupid script note: “Nobody Will Produce This Script”

Absolute statements are absolutely fun.  Nothing marks more clearly the sign of a script note you should huck like a greasy ex-Pringles can into yon recycle bin than one which is arbitrarily absolute.

Why this one in particular is so fun is because clearly whoever wrote it hasn’t seen what kind of films are getting made these days.  People, they re-made a remake of Superman.  All bets are officially off!

Anyone working in this business long enough has seen total garbage — and I mean total. garbage. — get sold and produced.  So the idea that a script is so bad that it can never be made is a complete canard.  Its chances might be lower, its path might be longer, but anything can, and does, get made.

But the most important takeaway from this note is:  watch out for absolute statements, especially when they seem to be trying to transmit that the person giving the script note has some sort of leg up on you with regards to having their finger on the pulse of the film industry.  Because they probably don’t.

If they throw the script across the room by page four, it’s not a good sign. But if they say they simply couldn’t finish it, but can’t tell you at what page, it probably means they didn’t even begin it.

Tesla coils and rainbows arc.  Characters change, pull the story forward, and keep being surprising and entertaining.  If you want to call that a character arc, be my guest, but I maintain that the term “character arc” is a tired, film-school trope.

New screenwriters should feel absolutely fine about hanging their hat on the idea of “character arc” while they learn how to develop characters, but don’t feel the need to “arc” every character, or even “arc” your main character.

Not every main character “has to learn something,” or “grow.”  Sometimes, they can ride off into the sunset like in Pale Rider, and we’ve still been entertained.

“Your Characters Don’t Have An Arc” is a script note that screams “Non-nuanced script note giver.”  Take with a grain of salt, and a six-gun.  And a shot of whiskey.