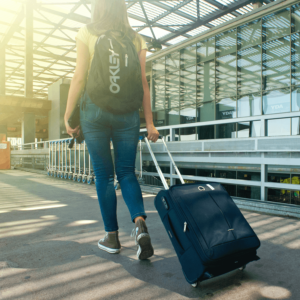 As the owner of Screenplay Readers, interacting with dozens of writers on a daily basis, I’ve seen it time and time again – screenwriters simply giving up, and getting out of the business.

It’s always a bit discouraging to see talented folks, and folks with potential, simply throwing in the towel when it comes to their screenwriting career, but quitting is not always a big, fat, inevitable decision.

Examining each and every reason why screenwriters quit would take a few blog posts, if not a college course, but here are the main ones we’ve seen, and what you can do to (a) see them coming, and (b) do something about it.  (That is, assuming you don’t want to quit.)

Screenwriters quit because they only write one script

Screenwriters who write just one single script are at a significant disadvantage to writers who are armed with multiple scripts, and are more likely to give up due to frustration because they find it impossible to make that one script… the most perfect screenplay ever.

First of all, if you’ve only written one script, you’ve only lived with one set of characters; lived in one particular story; dealt with one individual screenplay structure.

As any screenwriter knows, writing even just one script can be a hugely educational experience.  Trying to get character, plot, dialogue, setting, theme all working into one, integrated whole that’s hopefully entertaining, original, and marketable.

So imagine that educational value double. Tripled.  Because with each script you write, you learn more and more on how to be a better screenwriter.

Not to mention, you also have more than one script to take into a pitch meeting.  If they don’t like your elevator pitch, or your first pitch in a room, you can pitch them your second script, or your third.  Or your fourth or fifteenth. Double your scripts, double your chances!

Screenwriters quit because they they don’t build their network

I sincerely apologize if that’s cold water in the face, either because you’re hearing it for the first time, or because you can’t believe I’m actually espousing such a seemingly-cliche notion.

Furthermore, if you live outside of Los Angeles, you’re at a serious disadvantage as a screenwriter trying to meet people.

So how do you meet people?  Move to LA, join some film groups (Filmmakers Alliance is a great community of  talented folks, for example), work on some films for friends, go to parties, but most of all, be a human.  Artifice gets you nowhere.  “Playing Hollywood” makes you look like a schmuck.  Just be a good person, help others, and constantly be meeting new, awesome people who can help your career.

Screenwriters quit because they lose their focus

Screenwriters who are easily distracted are often the first ones to give up screenwriting, sure.  But the more insidious forms of distraction are often the ones which appear to be helping you as a screenwriter.

For example, you may want to start a film club, in order to build your network, as I suggested above.  If that film club becomes a full time job, with you running around like a PCP-addled chicken, picking up drinks for the meeting, napkins, making flyers, building a Facebook page, etc. … Guess what?  You’re not screenwriting.

Focus on screenwriting and let everything else be secondary.  Yes, find time for your film club, but give it 2 hours per week instead of 20.

Screenwriters quit because they get too comfortable with material distractions

This one is a very common one.  Most screenwriters, like actors and filmmakers,  struggle for a long time, waiting tables, eating ramen in their crappy valley apartment, robbing from post house one to pay post house two, and generally living a pretty hand-to-mouth existence.

But when those folks finally land a decent day job which lets them move into a nicer place, lets them snag a new car, maybe an HDTV, etc., they suddenly become, get this, addicted to their comfort.

And nothing is more antithetical to the creative, prolific screenwriter than becoming fat and sated.

The trick here, is to stay hungry, figuratively and perhaps even literally, if you want to continue to push your screenwriting career.

And yep, this is the big bad granddaddy of them all.  Writers simply don’t know what to do with their script once it’s finished.

But to be fair to screenwriters, the process of converting a screenplay into dollars for the screenwriter is  an utterly confusing industry, with all sorts of strange rules and customs.  And what’s worse, there’s thousands upon thousands of screenwriters all trying to sell their scripts (and/or get them represented) to (and/or by) the same dozens and dozens of production entities (and/or agents/managers.)

So it only makes sense that some screenwriter salmon, upon glancing up at this massive, fast-moving river racing against them, flounder about the tide pool and give up before even attempting to swim up this terrible, difficult stream.

So what DO you do with your screenplay when it’s done?  There’s no one answer.  Here are just a few small ideas you can try.  The more of these you can do or even attempt, the better your chances are:

Not to sound too much like a go-get-em-tiger motivational speaker, but don’t give up your screenwriting career until you’re 100% convinced it’s not going to work for you.  And even then, give it another 6 months.  It’s a hard business (cliche alert!) but it’s not impossible.

And besides, what else are you gonna do?  Work at Wal-Mart?

8 thoughts on “The Top 5 Reasons Why Screenwriters Quit”