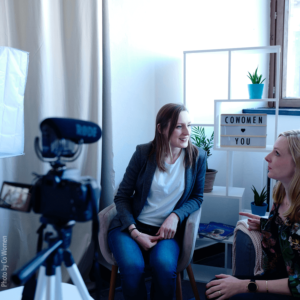 With the democratization of the filmmaking process, where the bar to entry into the film production space has been dropped substantially due to ever-increasingly affordable production technology, screenwriters have a lot more venues for selling or producing their work and/or cutting their teeth.

Consequently, the indie producer has never had more available scripts and screenwriters to choose from when it comes to putting together a film package and/or even kicking her feature film into physical production.

Whew!  What a mouthful!

Bottom line: at some point in your career, and probably at the beginning of it, you’ll be writing for indie producers and small-film producers of varying skill and reputation.

So with that in mind, here are the Screenplay Readers Top 6 most important things for us screenwriters to remember when “getting into bed” with any indie producer.  And by the way, some of the rules may even apply to studio producers in some instances, so it’s good to keep all of these in your toolbox when considering any deal for your fabulous screenwriting services.

Know the producer you’re dealing with

As screenwriters, yes, I know, we may be tempted to jump at the chance to work with any producer who may offer us even the tiniest hope of getting “discovered,” or getting our scripts sold, and this might seem like “Duh 101,” but make sure you know who you’re dealing with before you sign anything.

If a producer tells you she’s made a slew of feature films, but only one or two have made it onto IMDB.com, sure, she might be the most talented new producer working in Hollywood, but she also might be a greenhorn.  Also, ask if “slew” refers to the metric slew, or is just the standard U.S./Imperial unit of slew.

And while there’s absolutely nothing wrong with greenhorn producers, especially working with greenhorn screenwriters, you might want to take any lofty financial promises with more skepticism.  Chutzpah and a firm belief in the project are great, and have gotten many a film over the finish line, but nothing takes the place of film industry experience.

Please, kindly and absolutely have no qualms about working with any of level of producer, as long as they’re professional-minded, treat you like a human, and know their job enough to get things done.  But know your producer(s) before getting into bed with them.  If they’re greenhorns, but trying to look like veterans, you may run into problems.  Conversely, if they’re film industry veterans and they’re trying to pay you peanuts, claiming they’re not as big as they seem, that’s a problem too.

An awful lot of tears and heartache in my 26 year film career could’ve been saved by eschewing the “handshake deal” in favor of a contract or deal memo.

On one feature film I wrote and directed, I was so excited to have a fat cat indie film producer come aboard with his quarter million dollars that I took him at his word when he said “Oh, we don’t need any contracts.  If the film does good, I’ll do right by you.”

I was hungry, I wanted to make another feature, and I completely trusted this person, figuring, “What’s the worse that can happen?”  Well, the worst that could happen didn’t happen, (Earth dying via meteor strike) but as a result of not setting terms up front for my screenwriting, the film went on to make a pretty pile of cash via a brand new venue on the internet back in the very early 2000s.  And guess who didn’t see dime one?  You bet.  Yours truly.  So much for “doing right.”

Handshake-only deals may serve your purposes if you absolutely trust the person you’re working with, like a family member or long-time ally or friend, but only if the stakes aren’t high.  But ask yourself before entering any  deal, even a handshake deal:  Why do I feel bad or awkward asking for something on paper?

Because that’s a huge red flag. That is, if you don’t feel comfortable asking your close friends, family, or whomever it is you trust, to get your deal on paper, you should most definitely get that deal on paper.

Whenever I see a small film production with no stars and no money passing around huge multi-page contracts with all sorts of legal terms that I just know nobody has read or even understands, and are just passing it around because they got a copy of it from someone who said they needed to pass it around, I have to laugh.

Sure, as a screenwriter or even a producer, you want to be covered in case the film makes any money and the time comes to pass out dollar bills, but the brutal reality is:  only a small handful of films ever make money.  And by that I mean any money.

If the producer hands you a screenwriter agreement or screenwriter contract to sign and it’s three, four, six pages long, make sure you read it and understand it.  Most of the time, those big fat contracts are there to protect the producer/production’s interest, not necessarily the screenwriter’s.

A good rule of thumb is: if you don’t understand, immediately, everything that’s on the page, on a first read of it, chances are, your producer probably doesn’t either, and your screenwriting contract needs to be simplified.

A deal memo is usually enough of a contract for everybody on a small film, but it’s also usually the best place to start before you get to any sort of longer-form contract.  Why?  Because it distills down the basics of the deal you’re making into a very simple, one-page document.  Easy to understand, easy to reference, absolutely clear.

If you have a deal memo first, it’s harder to get the deal changed on you when it comes time to sign a longer-form contract, should you need to.  And deals can definitely get changed

If it’s a small film, make sure you get paid at least half up front

If you’re doing a quick rewrite, or a script polish, don’t work for free, which is invariably what you’ll end up doing if you haven’t done a good job in vetting your producer/s and/or getting a deal on paper.

In 1997-98, I re-wrote approximately 23 full drafts of a script by another writer called “Painful Employment,” under the continual promise that I’d be paid $10,000 upon the first name actor providing a letter of intent.  The movie never got made, and I never got paid.  Surprise! But it was a learning experience. One without which perhaps I wouldn’t be able to write about this particular subject. And an ironic title, no?

I was young, more eager to get a foot in the door, and more willing to bang stuff out on spec. Right around draft 3 I was thinking “I’ve been had,” and was ready to bail, but the producer assured me that a few movie stars were just inches away from coming aboard and it was soon to be a “go” picture.

That dance continued and kept me writing over the next few drafts, coupled with the fact that I felt guilty about the original writer, who the producer reported was “dying of cancer.”

I wasn’t completely bamboozled. I had my eyes open, and I knew I was being manipulated.  I offered the best work at the best of my ability at the time for the project, and kept taking what the producer said with a grain of salt, all in the name of being “so close” to having my name on a multi-million-dollar “go” picture.

And if I was snookered in such a way, and I’d been working in the film industry for many years at that time, I shudder to think of what happens to less-experienced screenwriters trying to jump into the game.

Be a solid screenwriter. Don’t be squishy.

Finally, like Jock said, show a little backbone, will ya? Here are a few rules to not be a “squishy” screenwriter:

1) Stick to your agreed terms. If you agreed to X amount of drafts, in Y amount of time, don’t flake.

2) Make your deadlines. Don’t ask for extensions. It weakens your position by giving them “ammo” to use against you.  I hate to put it in such conflict-ish terms, but some gigs do end up on this sort of ground.

4) Don’t be precious about your script, but don’t be a pushover either.  Illustrate why your creative choice makes not only artistic, but financial sense as well.  But at the same time, put on their producer shoes and see things from their angle.  Maybe they have a point.  Maybe it’s more a financial/strategic change than a creative improvement, but those kinds of changes can help new screenwriters as well.  For example, what they suggest may land Actor X, which would help the film to get into Sundance.

5) Finally, approach each gig with a eye to the future.  Be the guy or gal everybody wants to work with.  Be firm, yet pliable.  Know what you’re talking about.  Be the writer.  That’s what they’re paying you for.  Or, not paying you for.