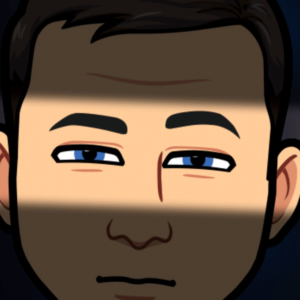 I recently ran into animation writer Steven Darancette at a local awesome coffee shop.  Steve and I had worked together on several features in the past, but hadn’t hung out for a while.

In the interim, Steve had written for a ton of produced shows, including some for Warner Bros.  (Ozzy & Drix, Biker Mice From Mars, Zorro-Generation Z, and others) So when he told me he had opened his new site, Darancette Development, a script consulting service focusing on TV animation, I was super curious.  I wanted to know how different it is as a script consultant/script analyst providing script notes and script coverage while focusing primarily on animation writers.

So I asked him a few quick questions about the state of the art for the up-and-coming-animation writer:

So Steve, if I’m a screenwriter and I want to break into animation writing, but have no idea how to do it, what should I do?

SD: First thing you have to be sure about is that if this is a medium you really want to write for because just like with anything that requires expertise, you’ll have to have focus and passion. Learn the format, read script examples. And watch animation, watch cartoons. Hey, you can always tell your friends and family that watching SpongeBob is serious work research. Once you think you’ve got a handle on this writing thing, then start looking for work. Sadly, I feel that that last part is the hardest part.

Do you see room in the market for independent, non-studio animated features?

SD: Feature animated films are very expensive and require years of development. That’s why the studios currently dominate this format. If you check there are only like four studios making big animated features shown in theatres (Pixar/Disney, Dreamworks, FOX, Sony Pictures Animation, Universal). That said, there are some independent animated features being made but they are financed usually by overseas entities that find their own production houses overseas to make them, then they have to find distributors. As technology improves and become more affordable every year, you’ll start seeing more and more indie stuff.

When you work with a screenwriter to develop an animated series or even non-animated series, what are the most frustrating errors you see them make?

SD: I am frustrated when I see that they never bothered to do their homework in terms of the different formatting that animated scripts have from features and other kinds of TV scripts. Feature animation scripts aren’t really too different from live-action features. But in TV animation, daytime kids stuff and boys action, especially, there is a difference in the way the action is presented. It’s more detailed and often includes cues for sound effects. So if you think you want to write a BATMAN cartoon spec, be sure to read one thoroughly and learn the format. Format shouldn’t be the first thing I find wrong with your script when you submit it.

How picky are you when selecting clients help with your script consulting services?

SD: I don’t normally turn anyone down if they are seeking my expertise specifically. I haven’t yet had a situation where I just had to say, “Look, this project is terrible, you’re a terrible writer. Please seek help elsewhere.” But it’s a joy and a breeze to work with someone who knows what he or she wants, but who is also willing to listen and take my advice to heart. If I take the time to really create insightful and constructive criticism for your project as well as provide solutions to what’s not working, that’s a good thing. That means I care enough about your project that I’m not bored. Be worried if I have nothing to say or any real advice to contribute.

What screenwriting blogs do you follow?  Which should new animation writers be following?

SD: I don’t read a lot of blogs about writing. Of the few I do, I like tvwriterchat on Twitter and Script Magazine. If you want a good focus on animation, visit the sites animationmagazine.net or Animation World Network. Cynopsis is a daily industry newsletter. Cynopsis Kids usually has reports on what children’s or animated series are starting production. This is a good way to track trends and possible job leads.