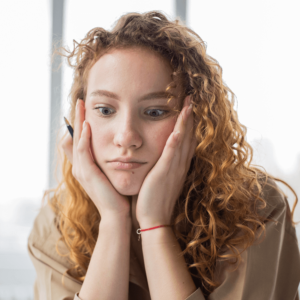 But where some screenwriters go wrong when receiving feedback is when they treat the entire process as if it’s an objective science, free of reader biases.  Like geology.  Or coding. Or auto repair.

The business of fixing a car is one thing.  Either your engine works, or it doesn’t, and there are certain specific, tangible, purchasable parts and repairs that need to be made to make that engine run.

But the business of fixing a screenplay is an entirely different ball of beans, because the critique of a screenplay, or any written work, is almost entirely opinion. Not only that, but it’s an opinion you might be paying for.

And not only that, but it’s opinion that probably flies in the face of everything you hold dear about this screenplay you’ve been working on for perhaps many months or even years.

When reacting to script feedback, remember: It’s about the script. Not you.

We go out of our way at Screenplay Readers to make sure our potential customers understand that the services we provide are all oriented around the goal of improving the script, and to make it more appealing to audiences and readers at an agency or production company.

Real-life script readers at agencies, production companies, and studios don’t pull punches if your script happens to end up on their desk.  And as you’re probably already aware, one reader at that agency may give your screenplay a PASS while the next may give it a RECOMMEND.

But despite how hard we try, we at Screenplay Readers still have the occasional customer explode on us. The vast majority of our clients, flat out, love what we do, and how we do it, and have been sending us their work for over two decads, but there’s always that one out of 100 customers that just can’t be pleased no matter what.

To tell the truth though, if we weren’t pissing some people off, I don’t think we’d be doing our jobs. We’re not here to make people angry. We’re here to provide our honest, constructive opinions on your screenplay.

No script reader or script coverage service wants to be raked over the coals by a hypersensitive screenwriter who’s never had their scripts critiqued before.

Critical script reading is at the core of script feedback, and that’s what we focus on here at Screenplay Readers, but screenwriters need to understand that honesty (and sometimes brutal honesty) is at the core of what we do if we want to be good script readers.  For more on critical reading, check out this page by Dan Kurland.

Don’t nitpick the small script notes. Focus on the major ones.

What’s more, we in the script coverage services want to work with folks to whom we can say “Hey, your main character isn’t believable enough, and it’s dragging down your entire script, and here’s what you can do to fix it,” and not have that screenwriter completely ignore that major note and then absolutely crucify us with little details which don’t matter:

“Your reader didn’t read the script because that B-character’s name is MOLLY, not MAGGY!!!!  p. 66”

Wait a sec… What about what we just told you?  You know, that great note we just gave you about how your main character isn’t believable enough and here’s how to fix it…

“Yes!  Because it proves your reader didn’t read the script!!!!  Or she’s a total idiot novice!!!”

If you’re more interested in picking a fight with your script analyst or script coverage company over insignificant details in your screenplay that have very little or even nothing to do with the major flaws of your script, you should probably not be asking anyone to provide you notes on your screenplay.

Put frankly, there’s nothing worse than a writer who asks for feedback or orders script coverage, and then becomes a “lawyer” for his script once he reads that feedback, arguing you over stuff that doesn’t really matter, compared with the larger, more substantial problems the script may have.

If you are open to having your script receive honest criticism, then here’s my advice, as a person who’s worked as a script analyst for over 25 years, and has owned and operated the industry’s best script coverage service since 1999:

That is, before you get script coverage or script notes, get screenwriter friends to help you improve your script for free.

But what you don’t want to do is expect any third party, no matter how much or how little you pay them, to treat your script as if it’s a BMW in need of engine repair, or a house in need of painting.

So not only will everyone who gives you notes have a different opinion of your script… those opinions could be vastly different from each other, even if they’re from the same company.

And if you’re just dead set on being a “lawyer” for your script, and/or not seeing the forest for the trees when you get notes you disagree with, keep in mind, screenwriters really don’t “need” any feedback.

I’m certain there are many screenwriters who write in a total vacuum, getting notes from no one, and still make a living. I’ve just never met one.