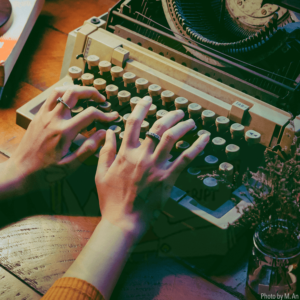 Writing a screenplay often involves coming up with beautiful characters, stark settings, and really cool hovercraft race sequences. Communicating these elements effectively is the task of the script’s action and description text. The challenge is that not only must the action convey what’s going on to someone reading the script, but also to people turning the screenplay into a produced movie.

Balancing the entertaining with the informative is no easy task. Let’s look at three common errors we often see writer’s make when constructing action and description text:

The mistake of overwriting usually happens when a writer veers too far into a prose style of writing. In an effort to make the reader really feel what it’s like to be in the scene, we sometimes overdo it when it comes to the amount of decorative language that doesn’t actually help make the script produceable. Let’s look at an example:

Dawn breaks over the ravaged field torn asunder by Fall’s plows leaving the forest green leafy plant debris of the remaining harvest to strike a sharp contrast with the bright orange plastic cones placed at five-meter intervals along the left, right, and front sides. Idling, with the rumble of the engines sending ripples across the large ceramic Fiesta-wear bowl of fresh organic mimosa punch, the hovercrafts await the start of the race.

Well now, isn’t this a lovely description? Look how vivid and detailed it is. This example really paints with all the colors of the wind, right? Unfortunately, this example isn’t good action and description text. While it may evoke a strong image in our minds and perhaps even be an entertaining read, it breaks two holy screenplay commandments. First, it’s too long. Second, it’s highly unlikely a production will want to spend the effort (and money) to recreate that specific, intricate vision when ultimately none of these particular details affect the plot or characters or the big picture.  Let’s revise this example.

In the morning light, SPECTATORS sipping mimosas gather at the edge of a racetrack laid out by traffic cones on a farmer’s muddy field. With a RUMBLE of their engines, the hovercrafts are ready to begin.

In the revision, we lose the unnecessary descriptors and stick to the details that will make a difference. Choosing what to keep and what to take out isn’t always a clear-cut case, so a technique to help in these instances is to visualize the scene in your mind but make everything but the named characters as generic as possible. Think store-brand. What changes in the scene’s narrative? If the lack of a specific detail creates a different feeling, then keep it. But if not, then that detail probably needs to go.

Don’t “direct”  too much on the script page

When a director crafts a scene on set, they’re often laying out the various movements and locations of the actors. This is called blocking. You’ll note we said “When the director…” because blocking is usually under the purview of the director and not the writer. The presence of large amounts of blocking in a script can look something like this.

While the description certainly functions, it reads clunky because the writing is busy worrying about where the characters and props are positioned. As mentioned before, unless there’s a narrative purpose for this placement, like a plot point requiring things to be just so, then this is mostly useless fretting over the locations of things that will likely get changed by the production. Let’s look at it in a revised state.

Teddy leaves his hovercraft. At the snack table, he sees Belinda approach. She exchanges a knowing smile with him. They smooch.

See what we did there? We took out all the positioning information that was just cluttering up the description. What is left are the essential narrative elements of the scene that effectively communicates what’s going on.

Worrying about shot composition, of which blocking is a key part, is the director’s concern, not the writer’s. We have more important things to do, like deciding if Belinda makes it to 3rd base with Teddy. He’s new at this so go slow, Belinda.

Write only what we can see and hear

To state the obvious, scripts differ from books because the audience must see the story conveyed on screen rather than created in their imaginations. To state the not-obvious, hovercrafts are flown by pilots not sailed by captains.

When we write action description, sometimes we want the audience to know a character is thinking about a situation. This can result in screenplays containing too much information that doesn’t actually appear on the screen which means only the person reading knows what’s going on. While this is fine for literature, in a script it usually looks something like this.

Standing by the wrecked hovercraft, Teddy contemplates what to do. He thinks about Belinda’s words and the good luck kiss she left on his cheek. Aching with desire and suffering from grief, Teddy decides to pop the question.

Looks like Teddy has a big moment coming up. However, what the audience will see on the screen, based on this description, is just Teddy standing by his hovercraft looking sad.

Since the rest of the action takes place in Teddy’s mind, the viewer is prevented from seeing this according to the script’s writing in its current form. Let’s see if we can’t revise this to something a little more visual.

Teddy weeps softly by the wrecked hovercraft. He rubs his eyes smearing the lipstick on his cheek and getting red smudges on his hand. Wiping his fingers off on his shirt, Teddy brushes against a small box in his pocket. He opens it to reveal an ENGAGEMENT RING.

By converting Teddy’s internal thoughts to external actions, the example gives the audience action they can see on the screen and not something they have to assume by staring at Teddy’s expressions. In some cases, this might necessitate adding more details or breaking down a feeling into actions that demonstrate the sentiment.

A hazard to avoid when doing this is the temptation to add visual tics that are too subtle or vague to be conclusive. In most cases, the visual actions that correlate to what the character is thinking need to also have unique narrative importance. By that, we mean the writing should lead everyone in the audience to the same conclusion.

Of course, this isn’t always easy or obvious for a writer to determine, so getting feedback helps, even if it means playing a form of charades to see if the actions lead to the intended conclusion.

Finally, these are by far not the only mistakes writers make when doing action description but they are significant obstacles for most. Conquering these problems will help make you a better writer and a better hovercraft pilot. Okay, maybe not that second one, Teddy.

2 thoughts on “How to write screenplay action and description text”