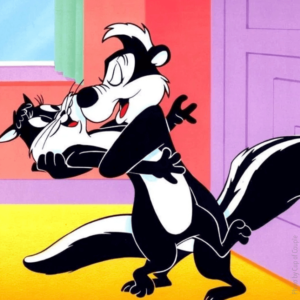 In my line of work, script reading, we get paid to read scripts and give notes or write coverage. Which means we have to read every single page of a client’s screenplay.

But, as you might imagine, it’s quite a different situation at a studio or production company, where a producer may be asking a script reader to find a great script out of a pile of submitted scripts.

Script readers under orders to find good material, or to rifle through a stack of specs, don’t often have much patience with sub-par material, and as a result, have little or no problem putting a submitted screenplay down after ten, twenty, or even 1 or 2 pages.

“Screenwriting” is easy. Anybody can grab a screenwriting app and bang out words on a page.

Getting a reader to engage with your screenplay? That’s hard.

Hard, but not impossible.

For the purposes of illustration, I’d like to stretch a metaphor and ask you to think of it like love. Relationships. Dating.

In other words, getting a script reader to finish your script is very much an act of seduction.

And, like seduction, there are things any Casanova can do to boost his/her chances.

Getting a script reader to like you, just like getting another human to like you, is often dependent on making that first good impression. And with a screenplay, just like attraction, it can come down to one key factor: good looks.

When a screenplay doesn’t look good — rife with typos, spelling glitches, sub-par formatting — it faces an uphill battle when trying to get a reader to keep paying attention to it, let alone fall in love.

You wouldn’t wear a speedo to a blind date, so don’t metaphorically wear a speedo when trying to seduce a script reader. Make the effort to ensure your script is professionally presented. And that means that spelling, usage, grammar, format, and punctuation are 100% perfect.

Make your screenplay funny or surprising

“Love to laugh” is an admission you find on 98% of online dating profiles.

And the same goes for script readers. If you can break the ice by getting them to laugh, the “dating” process goes a lot more smoothly. Take time and effort to work on each and every comedic beat or joke. If you write “throwaway” gags, don’t be surprised if that’s exactly what happens to your screenplay.

But if your script isn’t a comedy, or is low on levity, have no fear. “Laughing” has it’s dramatic analog, and that’s simply: surprise.

Surprise your script reader early on by having your character take an unexpected turn, or tweaking a scene to defy convention. Intelligently subverting a single trope early in your script may make the difference between a “Date from Hell” and that “Warm, Cozy Feeling.”

Nobody likes a blind date who doesn’t know how to say what he’s trying to say. Your screenplay should not only have those aforementioned “good looks.” It should also convey your intelligence, your wit, your craftsmanship, your care for your work.

Hone your scenes. Hone your structure. Make your setups stronger and your payoffs more worthwhile. Prove to your “date” that you know your craft and they’ll feel they’re in good hands and they’ll be more open to what you’re saying, beat by beat, line by line.

If your confidence and eloquence doesn’t come through on the page, the reader’s eyes are more likely to glaze over. Once that happens, they’ll miss a beat or two, and then when they try to refocus, they’ll be lost, and they’ll blame you. And they won’t be wrong.

Am I right? At the core of every attraction between two humans is the desire to know more about the other person. When you’re intrigued on a date, you keep listening, or go on a second date.

When you’re intrigued by a screenwriter, you keep turning pages.

Be intriguing. Be interesting. Write with controversy, color, vibration. Suck the reader into wanting to know more about your characters and story. Better still, cause them to HAVE to know.

Seducing a reader into finishing your script really comes down to one overarching axiom:

Write with the script reader in mind

It’s about giving that reader a genuine experience by putting your best self forward. If you give anything less than your absolute best, you’re going to be a very lonely screenwriter indeed.