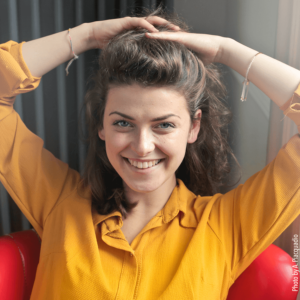 If you’re a screenwriter looking to sign with a literary agent, you’ve probably got the basics down: you can tell a reasonably-entertaining story on paper, you’re a hard worker, and you’re a nice gal.

But, alas, it takes more than that to win the affections of an agent. Here are five things lit agents look for when considering a prospective screenwriter client. You may want to consider a few of them before sending out that first query letter.

What do agents love?

Agents love a screenwriter with an amazing concept

Easy, right?  Well put it this way:  if you haven’t been able to come up with at least one script that meets this criteria, you probably shouldn’t be sending your work out there just yet.

A mind-blowing concept is really the only thing that gets turned into a film these days, other than reboots, remakes, movies based on toys, or the occasional heartfelt honest art film that’s a pet project of a name actor, producer, or director, so you’re really fighting an uphill battle if you don’t have a concept that’s simply smashing.

So that film of yours with the two guys talking in the coffee shop with the guns?  Maybe mind-blowing in 1990, but in 2012, it’s a retread, and probably an instant pass.

A mind-blowing hook is simply something about the script that, when you tell them in one sentence what the script is about, makes people — all people who can read the printed word, universally and without exception —say any or all of the following:

d) Or if you’re Christopher Walken:  “My mind, it is blown… by this hook.”

Agents love a concept they can remember easily

The best sign of an awesome amazing concept is that it can be said in one sentence:

Maybe Wedding Crashers isn’t the most amazing film (although I chuckled a few times), but the concept is super strong.

A police detective pulls the lid off of a police corruption ring and gets more than he bargained for.

…then I’m asleep within the first few words, not only because it’s a non-specific, super-boring concept, but because you took an extra four seconds to articulate it.

Hint:  If you can’t say it in 20 or so words, and it doesn’t blow someone’s mind when they hear it, go back to the concept drawing board.

Granted, I’m being pretty drastic with these arbitrary rules, but think of these rules as weights, and you’re a bodybuilder.  You’ve got to practice with these weights in order to build your muscles.

That is, if you can force yourself to think with these restrictions, you’ll discipline yourself to think more strategically about your script’s concept and how you pitch it, and that will boost your chances of connecting with an agent or other gatekeeper.

For more on pitching a concept, see my post on “elevator script pitches” here.

Agents love a screenwriter who makes herself valuable

Literary agents aren’t jerks, mostly.  Some may be artists themselves, but all of them are primarily businesspeople first, artists and patrons of the arts second, babysitters third, shrinks fourth. You get the idea.

They’re not out to ruin your day or dis you or your script. They simply want to put together the best quality, most profitable packages (script and talent) as humanly possible.

So they’ve got their feelers out, hardcore, for new talent, because they don’t want to miss out on a great new spec script from a hot new writer.  But in doing so, they’ve also got their filters up, just as hardcore.

They can spot who’s worth working with, and who’s not, from a mile away.

And, duh, you want to be one of those folks who’s worth working with.

So make yourself valuable.  Have a few successful films with festival runs under your belt, or a stint as a writer’s assistant on a TV show, or simply have a ton of great scripts on your shelf, and demonstrate how prolific a writer you are (agents love writers who write!).

To put it another way, if you come to an agent with the mindset of “HELP ME! Rescue me from my job at Office Depot and make me a star!  Please!”  … then the agent isn’t likely going to be all that interested.

But if you treat the agent like a cool human being, and be a cool human being yourself, and come off as an equal who’s got chops, experience, a strong work ethic, and patience, then your chances of getting represented double, triple, quadruple.

And of course, all that has to be combined with that great script concept I mentioned earlier.

Agents love a screenwriter whose work infects the office

No, don’t literally infect, a la anthrax or something.  Just see if you can’t get your script read by as many people as possible in the office.  Yes, I’m aware that it’s hugely difficult to get your script by one person, let alone an entire office, but I insist.

Simply because literary agents who see your script making the rounds in their own office are more likely to pick it up themselves, if the buzz is good.

Work the phone, work the assistants, work through a manager, or however you like, but see if you can’t get that script circulated.

Agents love a screenwriter who makes things easy for the agent

You’ve got to keep in mind how much these folks are doing on a daily basis. I’m probably half as busy as your average household literary agent on any given day, and yet my time still flies by, and I’m always left with stuff I didn’t get done at the end of the day.

In order to boost your chances with agents, you first have to show them you’re valuable (see above).

Then, you’ve got to show them that dealing with you is not a time suck.

Don’t do anything, or ask for anything, until you’ve established those two vital things with the agent.

Once you’ve shown you’re valuable and can deal with them in quick blocks of time, hitting them with your mind-blowing concept stands a much better chance of success.

But after all that legwork to prime your relationship with the agent, for God’s sake, please make sure your script is as easy to read as possible.  I hammer this into my screenwriting compatriots and clients:

Use fewer words.  Give me white space or give me death!

It’s primarily a strategic bit of advice, not necessarily a creative/artistic suggestion.

Do all agents check for white space before they decide to read something?  Of course not.

But as an unsold spec writer, you need to stack the deck in your favor as much as possible.  You may only get one good shot at this.

So be amazing, be brief, be valuable, infect people, and be one easy bloke or bird to work with, and you’ll have a much easier time finding that perfect lit agent that’s right for you, while being the right writer client for them.